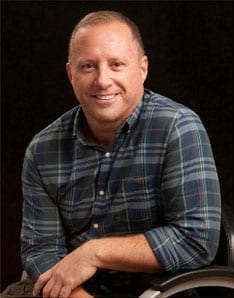 In the blink of an eye David cannot believe he has been a hairstylist for 27 years.

Since 1984, David has worked in some of the top salons in St. Louis and New York City. Prior to landing at Christopher’s he worked at Facade Ltd. and Preston’s in Clayton. He has received extensive training from top companies such as Bumble and Bumble, Goldwell, Toni and Guy, and numerous others.

In 2009, St. Louis Magazine named him hairstylist of the year in their annual A list issue. They spoke of him as “calm, quiet and supremely qualified.” and “terrific with color and skillful with shears.” David’s technique favors a judicious approach resulting in beautiful, natural hair coloring and excellent wearable hair cutting.
In 2005, along with the rest of Christopher’s team, their combined expertise earned them the St. Louis Magazine A-List salon of the year, and Christopher’s was nominated again in 2011.

David is available Tuesday through Saturday and accepts new clients on a referral basis.